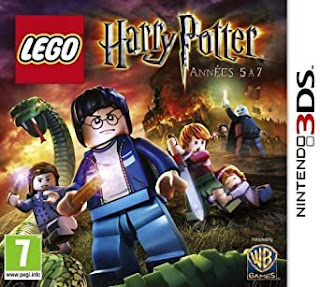 LEGO Harry Potter: Years 5 to 7 is an adventure game that will take the last three novels of J.K. Rowling and the last four films to transpose them into the world of LEGO bricks.

*********
The curtain will fall on the Harry Potter saga with a new title which will break bricks on Nintendo 3DS, LEGO® Harry Potter ™: Years 5-7!

The magician and his friends have lived many adventures since they first crossed the gates of Hogwarts. In the last chapter of this saga, they will have to face a being so evil that one generally prefers to speak of "You-Know-Who" rather than to pronounce his name. If you still don't see who it is, his followers call him Lord Voldermort and it's probably the least pleasant LEGO in the whole box!

LEGO® Harry Potter ™: Years 5-7 offers players the opportunity to relive the events of the last three books and the last four films in the Harry Potter series by combining the magic of the wonderful world of JK Rowling with humor and cool LEGO video games. Play as many characters from the Harry Potter universe and unlock secrets by collecting the objects scattered throughout the game. In the duel of sorcerers mode, fight with your magic wand and the data you have collected other players with StreetPass.

Whether it's Harry in person to more than 80 different characters such as Bellatrix Lestrange or Professor Horace Slughorn, you will meet (and play) so many familiar faces. You will also live 24 stories in places recreated with great precision, including, for the first time in a LEGO Harry Potter game, the Ministry of Magic or Godric's Hollow. Wherever the adventure takes you, the LEGO universe and its malleability will allow you to interact with your environment like never before as you learn the different magic techniques such as the Unforgivable Spells and to approach your ultimate goal, come to end of evil!

There are so many items to collect that you will never get tired of them, especially since they are essential to the game. Find hidden character tokens during the game and you can exchange them for new LEGO Harry characters Potter you can play with. Find the witch hats, red bricks, and LEGO pieces that dot your way to unlock all kinds of rewards. With Hogwarts as the focal point, you keep an eye on your entire collection and you can even customize a LEGO character to play with it.

LEGO® Harry Potter ™: Years 5-7 on Nintendo 3DS bring your favorite characters, new challenges and spells to no longer know what to do with them, transporting you to the world of Harry for the final confrontation against Lord Voldemort . Are you ready?

- Enter the world of Harry Potter as described in the last three books and the last four films in the successful series, all revised and corrected by LEGO!
- New places such as the Ministry of Magic are entering the LEGO Harry Potter universe for the first time and each level is full of objects to find.
- Collect data from other Harry Potter players with StreetPass to engage in combat in wizarding duels mode. 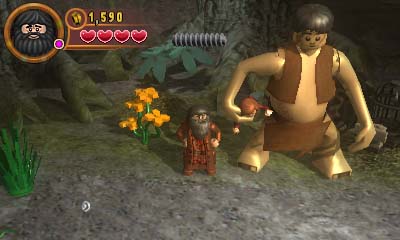